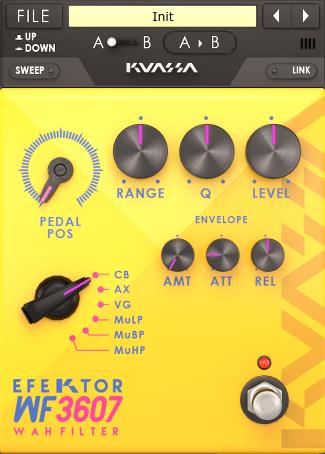 Designed to mimic the “wa wa” sound from a Wah pedal. WF3607 features 6 modes of filtering effect taken from the familiar crybaby sound to synth-like filters. In the 1920s guitar players were fascinated by the “wa wa wa” sound made by trumpet players by opening and closing their mutes. Its filtering effect alters the resonance of the instrument and it feels to increase the expressiveness of playing.