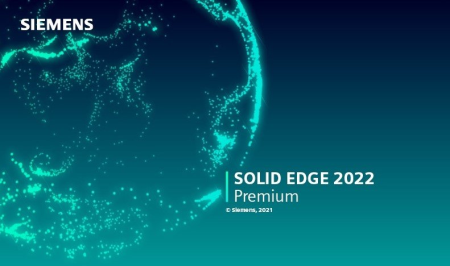 Solid Edge is the most full-featured hybrid 2D / 3D CAD system that uses synchronous technology to accelerate design and editing process, as well as enhanced support for reusing imported geometry.

Solid Edge is a key component of the Velocity Series solution portfolio and features excellent tools for modeling parts and assemblies, drawing designs, transparent data management, and an integrated finite element analysis module that allows you to successfully cope with the increasing complexity of designed products. The new version of Solid Edge offers enhanced functionality based on synchronous technology, which significantly speeds up the product design process, simplifies the modification, import and application of data created in various CAD systems. The latest version includes improvements in finite element analysis, design data management, and over a thousand user-defined changes.

Implementing the concept of synchronous technology, Siemens PLM Software has expanded the possibilities of using synchronous technology in the entire system. In addition to support for modeling parts and sheet bodies implemented in previous versions, synchronous models can be used directly in assemblies — for example, in the design of pipelines, trusses, electrical wiring, and other types of products. First introduced associativity between synchronous parts, which allows the user to create and edit his idea before, during or at the end of the assembly design process.

As the number of enterprises making the transition from other 3D systems to Solid Edge and using the advantages of synchronous technology is growing, the possibility of combining 2D drawings with existing 3D models has emerged – another way to increase productivity. Technological dimensions in 2D drawings can now be automatically transferred to the appropriate imported 3D model. The resulting “production” 3D dimensions can be edited immediately, and the imported 3D model changes simultaneously due to synchronous technology.

Solid Edge has an application for finite element analysis, including new types of loads – torque and load in a cylindrical support, user-defined constraints, as well as new ways of connecting parts in assemblies, such as bolted connections and rib connections for sheet metal parts. The tools to simplify models allow you to quickly get the results of calculations, and improved visualization tools – to see the model from the inside.

The model can be adjusted using either synchronous technology or using a construction tree. Solid Edge provides control of models of parts and assemblies in the early stages of design, which reduces the to market products and the cost of manufacturing prototypes.

In Solid Edge, thousands of customer-defined improvements that further increase the return on this product at all stages of the product design process. New functionality has appeared in various modules, including modeling of sheet bodies, pipelines and truss structures, assembly management and drawing tools. Improvements in the design environment of sheet bodies include new types of corner closures, an element for etching part designators and other geometry, as well as technological elements in the development of sheet metal parts, for example, shipping ears.

Solid Edge continues to raise the bar in the field of creating drawings, in which you can now transfer all technological dimensions and designations, designations of parts in the assembly, and even represent parts with different colors of lines in the drawing, borrowing them from the 3D model.

New “international” drawings allow you to use different sets of characters in different languages ​​of the world in one drawing or in one callout. The simplified user interface includes a fully customizable radial menu, which reduces the number of mouse movements. Transparent dialogues for managing structural elements and details, as well as dialogs for reduced-sized commands, provide the largest area of ​​the graphic workspace.

What’s New
official site does not provide any info about changes in this version.